The other day I posted on the book of faces a memory that had popped up on my news feed.  This is that photo  –

I have short hair and I am a female of the human species.  I can see some of your little faces in my head – that puzzled look you get when you have no clue what I am going on about.  You know who you are 😳 Actually, it’s probably most of you.    Anyway, the thing is, having short hair on Long Island is considered a bit weird.   It doesn’t conform to the typical Long Island Look.  Let me explain,   the overwhelming majority of Long Island women have long hair.   When I say “long”, I mean anything past ears length, and for the majority of the long-haired women their hair is somewhere between shoulder length and bum length.    Usually it is blonde, massively highlighted to be nearly blonde or so dark as to be nigh on impossible to think it is actually their natural colouring.    As my most regular readers and friends know I sometimes experiment a little bit with the colour of my hair – made the big mistake of having it white blonde at the end of 2016.  Learnt my lesson there.  Not a good look for me – still you have to try these things.  At the moment it is a little bit reddish (due for an update)…..  my point is, that I do not meet the Long Island norm – I have been told that I am “brave” to have such short hair to which I replied “Nah – I’m just lazy.”   Even one time as I was washing my hands in a restaurant bathroom, a girlie came in, glanced at me and went back out to check the door to see that she hadn’t walked into the Gents by mistake!

Must have been the wearing of trousers coupled with the fact that my hair was not dragging on the floor that confused the poor mite.

That’s another thing, more often than not I wear trousers of some variety, hardly ever wear a skirt or dress or gym clothes when out doing shopping, going to the library, hairdresser, to get my nails done or out to eat.   I obviously did not get the “How To Be A Long Island Female” rule book when I arrived on these shores just a year ago.    Is this a new thing – wearing of gym gear as everyday clothing?  Have I missed that memo too? Or maybe I am doing these people a disservice – perhaps they have actually been to the gym or exercise class and are so fit and healthy that they don’t break out into a sweat that makes their full face of make-up run and look like a radish.   Harsh?  No, thought not. 😜

Is it just me that thinks that when a woman gets to a certain age long hair is not a good look?   There are a very few mere mortals that can pull it off – when  say mere mortals I mean the normal people, not somebody that has an army of stylists running after them adjusting every fly away strand or dabbing their sweaty brow or straightening the clothing each and every second.

Moving on from my soap box now  – did I tell you I have braces?  Teeth braces, not holding your trousers up braces.   They are clear ones that I remove for eating – not in my face much then I hear you say – 🤣😜 –

I think they were a good decision – they seem to be doing something anyway – but it will take a long time to get the teeth nearly straight – at my reckoning about 14 months from when I started.  29 sets of these things – new one every fortnight, so this time next year I should be done with them and have super straight(ish) teeth.  As my dentist –  Dr Richard Rocco Rongo (I kid you not – that is his actual name). Not for vanity you understand, for the fact that said dentist and hygienist here in USA scared the crap out of  me with their talk of losing my teeth if I didn’t start or improve the flossing.  Rather floss and have braces than have no teeth.  You get what you pay for I guess as the state of my gum health should really have been picked up by my lovely NHS dentist in Blighty.  And I do mean lovely, I liked my dentist in Blighty and that coming from me is high praise indeed.  To start with I think 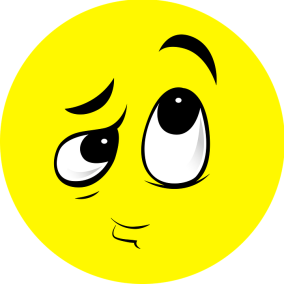 His Lordship thought I had gone a wee bit more bonkers than I already am when I mentioned that I might get these things – he gave me that strange look and said “really?” with an eyebrow raised in puzzlement.   Oh well, on my return to Blighty, it will give the Blighty dentist something to live up to.  Not only the lovely straight teeth, I will have WHITE fillings – gone will be be metal items that are currently lurking in my mouth.  Having said all this it does of course come at a price and if I wasn’t having this work done, I could have had an extra couple of trips back……  I hear you all gasp – Insurance only covers so much – mostly the preventative stuff…. BUT, I absolutely am refusing to whiten the gnashers, which was suggested by Three Rs wifey….  I think I may have laughed – possibly offended her as her teeths (possibly real – not sure – maybe implants) are very bright.

The more I think about it, the only people who I have seen and taken notice of with non-perfect teeth, are the kitchen staff/waiters/chef that we had when staying in Savannah.   One of the people had a tooth ache in one of his few remaining teeth – this is where the Teabag remedy was first mentioned to me.   When my bottom wisdom teeth were removed – in my goody bag from the surgeon, along with some pretty fierce painkillers, stacks of gauze, toothpaste, toothbrush, floss, you know the usual tooth stuff.   There in the bottom of the bag was a teabag – put on the toothache and Bob Is Your Uncle.   It’s the tannin you know!  Good job I had been privy to this remedy before I had the teeth out otherwise I may have been a little bit puzzled….. “Was the teabag for a cup of tea to make me feel better?” I probably would have thought – “Is it because I am a Brit?”  “Tea cures everything”

Right – that’s your lot – see you next time, if you can bear to come back for more